The founding nuns, Ayya Anandabodhi and Ayya Santacitta, lived and trained with the Siladhara Order at Amaravati and Chithurst Buddhist monasteries in England from 1992 to 2009. These communities were founded by Venerable Ajahn Sumedho, the foremost western disciple of the Venerable Ajahn Chah, a meditation master of the Thai Forest Tradition. 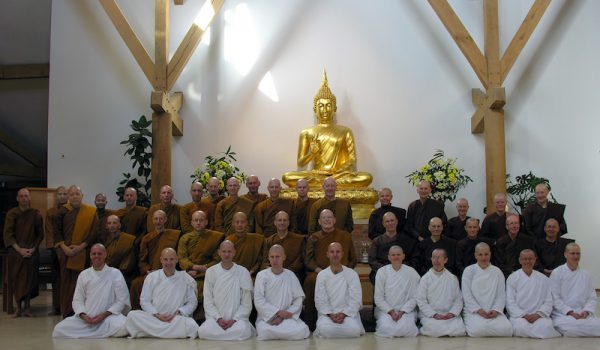 The Siladhara are a 10 precept order of nuns who keep a high standard of training similar to the Bhikkhuni discipline. Read the Forest Sangha Newsletter that commemorates the 25th Anniversary of the Siladhara Order.

In 2011 Ayya Santacitta  and Ayya Anandabodhi took leave of the Ajahn Chah lineage and the Siladhara Order and received full Bhikkhuni Ordination with Ayya Tathaaloka Theri as preceptor.

Since then the Ayyas have developed Aloka Vihara Forest Monastery together with other nuns who have joined over the years and with the support of the Saranaloka Foundation.