Hitesī (Cyndia Marcous) began meditating in 1995, focused on Buddhist teachings since 2004. Since then she has practiced almost two years of silent meditation in the Ajahn Chah and Ven. Pau Auk Sayadaw lineages, and also studied with Lama Palden Drolma (Kagyu) for two years. Hitesi met the Ayyas in 2008 and managed their first meditation retreat in California before they moved to San Francisco. In 2009/10 she was a resident at Abhayagiri Buddhist Monastery and afterwards lived with the Aloka Vihara nuns in San Francisco for several months.

With a professional background in marketing and strategic planning, she mostly spends her spare time with Dhamma-related endeavors. She has served for many years on boards of Buddhist foundations, managing meditation retreats, and hospice volunteering. Hitesi has served the Saranaloka Foundation since 2016.

Susan is a founding member of Sierra Insight Sangha in Placerville and first met the sisters in July 2013, when they were on a tour of rural areas searching for a site for the future monastery. She helped to introduce the nuns to the community, and worked on The Rural Vihara Search Team to help find the property now known as Aloka Vihara. She has been practicing since 2007 and has been most inspired and influenced by the teachings of the Ajahn Chah lineage.

Susan’s work career as the founder (with her husband, Greg) of the first winery in El Dorado County has given her broad business and board experience that she sincerely hopes will be of benefit to the Saranaloka Board. To be asked to be a part of this unfolding of the Dhamma in the West – in Placerville no less – was irresistible. Sue has served the Saranaloka Foundation since 2014.

Robert’s first encounter with Buddhism was through the Soto Zen tradition of Shasta Abbey in the early 1980s. He started exploring other Buddhist practices and attending some Vipassana retreats in the early 1990s. At the opening ceremony of the Meditation Hall at Spirit Rock he heard Ajahn Amaro chant the Dhammacakka Sutta and was totally entranced. That led to visits to Abhayagiri and eventually a year-long stay at the monastery as an anagarika. Robert met up with the nuns at Aloka Vihara when he volunteered to help build the yurt platform. He is pleased to be a member of the board and looks forward to helping out the nun’s community in any way he can. Robert has served the Saranaloka Foundation since 2015.

Amy recently came to the Dhamma in 2015 and met the sisters soon after at Sacramento Insight Meditation. She was immediately drawn to their teachings, kindness, and commitment to building a Bhikkhuni training monastery. She is very grateful to have the opportunity to serve on the Saranaloka board and assist the nuns in their vision. Amy has served the Saranaloka Foundation since 2019. 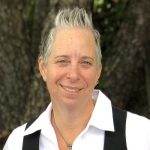 Satima has been studying and practicing the Dhamma since 1999. In January 2012 she went forth as a lay renunciate to live a life completely dedicated to her spiritual development and selfless service. The 6 ½ year journey allowed her to serve, practice and study in a variety of Buddhist Monasteries, yoga ashrams and retreat centers in the U.S., Thailand, India, Nepal and Sri Lanka. Her relationship with Aloka Vihara began in 2011 and continues to this day. She was a volunteer resident at Aloka Vihara San Francisco and Placerville on numerous occasions. Additionally, she has been the Chair of the Saranaloka Foundation Board’s Finance Committee since 2015. 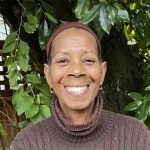 Sheila was introduced to the Dhamma in the late 1990s at Spirit Rock Meditation Center. She first and practiced with Larry Yang, Jack Kornfield, members of the Spirit Rock Teachers Council, and Bhante Buddharakhita. So inspired by the teachings, Sheila volunteered managing daylong retreats at SRMC for a few years.  Sheila’s relationship with the Nuns began in 2021 after hearing a Dhamma reflection by Ayya Anandabodhi on Dharma Seed.

Since that time Sheila has volunteered at Aloka Vihara community service days and sat their annual New Year’s Retreat.  Sheila is committed to creating a container that allows for the continued unfoldment of the Ayye and holds a special place for them in her heart.

Trip met the sisters in San Francisco in 2010 and was moved by their teachings and their desire to build a nuns community in California. He has been practicing in the Theravadan tradition since 2004, including for a brief time as a monk in Burma. He serves on the Board of San Francisco Insight, where he also leads sitting groups and teaches meditation classes.

He is a psychotherapist in private practice in San Francisco and a former attorney. He feels very grateful to be able to serve Saranaloka and the Aloka Vihara community. Trip has served the Saranaloka Foundation since 2011.