Saranaloka Foundation has a group of renowned Buddhist teachers and practitioners for advisors. They each have a special connection with Saranaloka and the nuns and have helped tremendously by offering their guidance over the years.

Jill is a longterm vipassana practitioner who saw the need to empower Buddhist women and nuns in America. With the encouragement of Ruth Denison, she founded the Saranaloka Foundation to support the nuns in establishing a monastery for women to train here in America. She served this mission through many changes for ten years and then handed the nonprofit leadership reins to Wren Withers. Jill is glad of heart to see the monastery settle in a rural location and begin to fulfill its mission of training other women in monastic life.

Wren first encountered monastics from the Ajahn Chah lineage at the home of Brenda Walsh, an original Saranaloka Foundation Board member. Deeply moved, Wren was inspired to get involved in the Saranaloka Bay Area Nuns Supporters Group. This involvement melded Wren’s decades-long interest in Buddhism with a wish to make the world a better place. After a couple of years as a supporter, Wren joined the Saranaloka Board, and was continually inspired by helping situate and settle the sisters both in their San Francisco and Placerville Aloka Vihara monastery locations while helping Saranaloka Foundation continue to blossom as well. Wren was honored to use her skills and experience to help build a thriving Theravada-inspired Bhikkhuni teaching monastery in Northern California.

Hitesi Cyndia began meditation in 1995, and in 2004 began practicing in the Theravada tradition. Since then she has practiced intensively, including over a year of formal, silent practice, under the influence of the Ajahn Chah lineage, and in the the Ven Pau Auk Sayadaw’s lineage. Hitesi met the sisters in 2008 and managed their first retreat at Hidden Villa, before they moved to San Francisco the following year. It was at that time that she became interested in taking robes and studying with the sisters. While waiting for that opportunity to manifest, in 2009/10 she was resident at Abhayagiri Buddhist Monastery and afterwards spent several months living with the Aloka Vihara nuns in San Francisco. She received the Pali name Hitesi from the abbots at Abhayagiri, and has taken dependence with Ajahn Pasanno. Currently she spends her spare time mostly with Dhamma-related endeavors, including serving on boards, retreat managing and related projects. She recently relocated to the Pacific Northwest, to be close to her new grand-daughter.

Thanissara is director of Dharmagiri and Dharmagiri Outreach in South Africa. She has taught meditation internationally for the last 20 years and was a founding member of Chithurst and Amaravati Buddhist monasteries. Her teaching on the significance of the Fourfold Sangha has helped many to better understand the need for and importance of women monastics. Thanissara’s experience and willingness to speak out on the challenges facing women in monastic traditions has helped us keep the objective of creating a place of respect and opportunity for nuns at the forefront of our work.
Dharmagiri Buddhist Hermitage, South Africa

Bhikkhu Bodhi is an American Buddhist scholar-monk living at Chuang Yen Monastery in New York. He has been inspirational in the development of Buddhist Global Relief, a nonprofit focused on providing food security and hunger relief for poor communities around the world. Bhikkhu Bodhi has been inspirational to Saranaloka Foundation as well, providing a solid scholarly understanding and compassionate view with regard to the issue and status of bhikkhunis in the Theravada Buddhist tradition.
Buddhist Global Relief

Jack Kornfield trained as a Buddhist monk in Thailand, Burma, and India before becoming one of the main teachers to bring mindfulness meditation to the West. He helped found the Insight Meditation Society in Massachusetts as well as Spirit Rock Meditation Center in California. Jack encouraged the evolution of the nuns of Aloka Vihara as they moved towards full bhikkhuni ordination and has continued to support the inclusion of monastics in programs at Spirit Rock. Jack has always helped Saranaloka to see a clear path forward and has continually offered resources, personal guidance, and understanding.
Spirit Rock, Woodacre, California 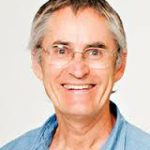 Gil Fronsdal has trained in the Theravada and Soto Zen traditions as a monk and a Zen Priest. Gil is currently the primary teacher at the Insight Meditation Center in California. He has been supportive of Saranaloka since the very beginning, encouraging the exploration of monasticism in the West and supporting the nuns on their visits to the United States from England. His understanding of the relationship between the lay and monastic communities has been of great benefit to the foundation and the nuns.
Insight Meditation Center, Redwood City, California